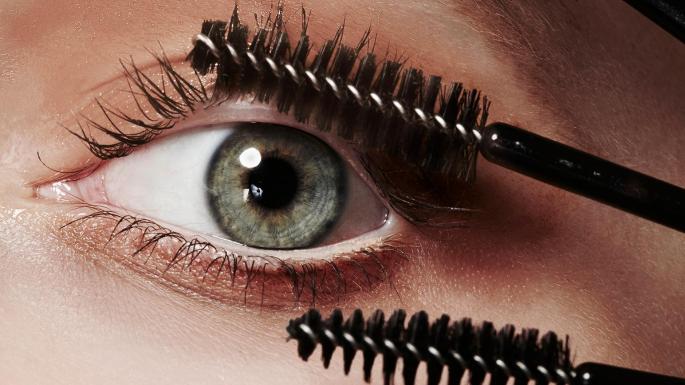 Aesthetic procedures are not something to be ashamed of. There is nothing underhand or morally dubious about wanting to look even better than we already do. If you ask us what we’ve had done and who we rate then we will happily tell you. Yet the aim is not that everyone should know upon first glance that we’ve had threading/needling/fillers/Botox, or even all of the above. The aim is for a sort of carefree, natural aura of general good health and preternatural youth

Which is why, if you have just invested many thousands in some excellent and artful work with a fine practitioner, you do not want to be blowing another 200 quid on some massive fake eyelashes, semaphoring, with every wind-sweeping bat, that not only are your eyelashes fake, but so is everything else

Fake eyelashes are the ultimate “tell”. These days it is not the work itself, but what you do to your face once you’ve had the work done that gives you away. Or not. Botox and thread lifts do wonders to subtly lift and open up the eye area, but all subtlety is lost once the falsies have been attached. Going fully natural is the chicest option, or try a lash lift and tint, which will add a subtle curl and colour

Be careful with overdoing it on the brows too. Over-accentuate the arch and you’ll give yourself that surprised look that good Botox won’t. “Don’t attempt to mimic something that nature did not provide you with,” says the aesthetics doctor Joney de Souza. “Throwing the face off balance can look quite shocking.” Threader/waxer/plucker/trimmer extraordinaire Shabina at Nails & Brows Mayfair suggests growing out the shape (so it’s less tadpole, more caterpillar) and brushing through with clear gel for a fresh and youthful look

Done well, a little lip filler can be a wondrous thing, but add heavy gloss and a thick loop of liner and you’re in “How much did you pay for those?” territory. Instead, a little tinted balm will gently enhance your enhancement, keeping you in the “Is that a new lipstick?” zone. Much better

When you’re investing in injectables you should also be taking good care of your skin with regular facials, microneedling and mesotherapy. Any reputable doctor will advise these treatments as an integral part of your plan. Slathering layers of make-up over such work isn’t just bad for it, but is also counterintuitive. “If I see someone wearing a lot of make-up I ask myself, ‘What are they hiding?’” says the facialist Debbie Thomas. “And a heavy base that’s dull and caked is instantly ageing.” The make-up artist Mary Greenwell agrees. “The sheerer the foundation, the more youthful it will look,” she says. “If you need more coverage, use a concealer instead”

Likewise, beware bronzing and contouring after having fillers. You don’t need to contour – the contour has already been rebuilt into your cheeks. Put. The. Brush. Down. The amount of work that you’ve had done is in inverse proportion to how much make-up you should wear. If you’ve spent a lot of time, and gone through butt-clenching pain for your face, then show it off. Be the women who doesn’t wear mascara. Because you can!